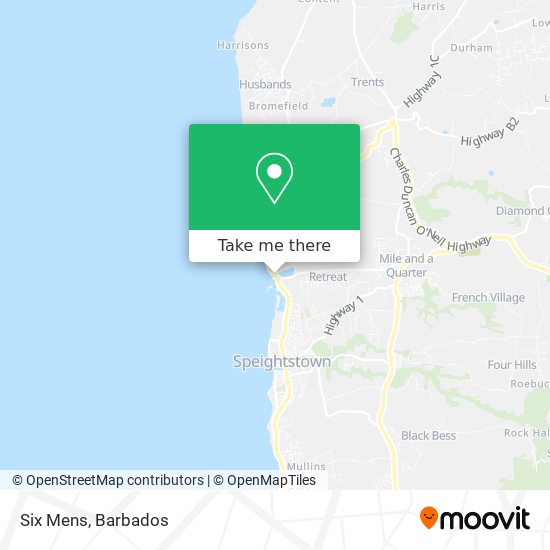 You can get to Six Mens by Bus. These are the lines and routes that have stops nearby - Bus: 1C, 1CB

We make riding to Six Mens easy, which is why over 930 million users, including users in Saint Peter, trust Moovit as the best app for public transit. You don’t need to download an individual bus app or train app, Moovit is your all-in-one transit app that helps you find the best bus time or train time available.

It's easier to get to Six Mens with the app!